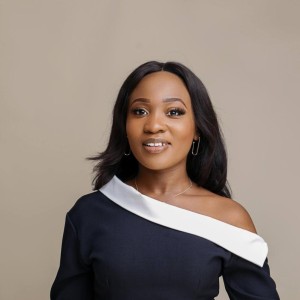 You are in a boxing competition

And you are fighting against a prominent opponent. At the start of the fight, everyone, as well as yourself, know that you will be winning this fight- I mean you have a great track record of a good fighter. Moreover, your father had been the unbeatable world heavy weight champion of all time and had never lost a fight. With him as your coach and mentor, it was already concluded that in all these years he had passed down his legacy to you- teaching you how to fight as well as he does.

Your opponent too is not only prominent, but also well-known, as he has had a track record. The crowd is wild and loud as everyone is jeering and cheering- a fight everyone was looking forward to see for the longest while! You are confident, yet anxious because this is the fight of your life, to achieve your highest accolade as a professional boxer.

And you are doing well. Easy pacing, few jabs here and there, it is slowly building up.

Midway into it, your opponent took a few unpredictable moves- severe punches and body shots such that it is becoming unbelievable. You are receiving them nicely until he throws a side jab, landing you on the ground. You are struggling, bruised lips, almost feeling done with. You are contemplating at this point to give up the fight. Perhaps it wasn’t worth it.

Maybe, it was just hyped. What’s the point in all of these anyway? Maybe I’ll just throw in the towel, accept defeat, and wait for another day. In a few months’ time the shame will get by and it’ll be forgotten. Doubting if you could ever be as strong as your Father who had gone through this (through Jesus). Perhaps you were just never made to win this. Sigh. These are all your thoughts in those split seconds.

While still on the floor

You suddenly think of the promises Father made to you. More so, you remember the tactics HE taught all the while in preparation for a moment like this.

You know that you hadn’t really employed any of those skills yet in this fight- you were merely shadow boxing; you thought that if you held a good defense mechanism, you’d eventually take him down at some point. But your opponent brought it all on you sooner than you expected.

You also remember the intent of this fight, it wasn’t for lightweight title or so, but a heavy weight championship and you needed this win to land the greatest height in your long fighting career.

you stagger up with every strength you’ve got to give this your all. Starting with an uppercut, then jab, you aim for hook straight in his chest. He fumbles onto the ground. Ten seconds later, he couldn’t make it up to continue the fight. What a drastic turn of events, as the umpire makes the count, everyone rushes into the ring in jubilation as you are declared the winner.

The fight in real life

Mid-year now I don’t really see any tangible results with the plans I ran with while starting the year. Things aren’t looking as good and easy as they did as at January when I started this fight.

Some days I feel really beaten, my morale is low, and it feels like I am clearly not winning. The enemy has been throwing me body shots (self-doubts, fears, lies, incompetency, etc.), trying to convince me that all those plans (the vision God had given me) will not work. Maybe I could just give up and do life as usual.

Other days, it felt like God was afar off- I could hardly feel his closeness. It was as if He had left me all alone to fight. In my downtime on the floor after being beat down (yielding to temptations, failing and struggling), I am expecting Him to jump in and help me, for He won’t watch me being beaten to death.

I was not actively fighting like I should because I was all too confident that because He has shown me where I will be, then all would go according to plan.

On some days, I’d approach my goals at will, without much zeal or intention; starting off well today, the next day I’m just lax and indolent.

What does this fight mean to you?

This was my year of re-definition – where God showed me a picture of where I needed to be. He put in me a burning desire and a readiness to push through and get done with my old ways of thinking, behavioral pattern that had me stuck for years, so that He would bring me in to a new life of promotion, progress and increase.

I had a crucial part to play in it. It was a year of growth and maturity in becoming like Christ; the first year of the rest of my life. A lot of things would not make the cut, as something had to give for this newness to happen. It took me a while to get here, and I wasn’t going to jeopardize this moment for anything else. There was a fighter born in me.

This is our fight

If you are desiring a change in some/most areas of your life and in your walk with God. Perhaps you have experienced consistent failures, lack, no progress/promotion, repeating the same negative cycles/patterns, this is your fight. It is time to break into the new.

Abba (God our Father) is on your side, coaching and gently goading you to get up and own this fight. You try, and HE you getting beaten most of the time. For you, it looks it seems like HE is only watching, like HE doesn’t care if you lose.

Listen to what HE says

You may feel like I am silent on in the midst of these, but those are just your feelings! You are only yet to use the skills and strategies I have been teaching you in MY word.

I desire to jump in and save you when you are being beaten by the enemy (through lust, temptations, sin, doubts and all) but I had already given you the victory before the start of your fight, more than 2000 years ago. I would only be an irresponsible Father if I do not allow you the chance to grow.

As long as you follow through with the instructions and perspective in My word, you will win. When you implement in obedience what you have learned from ME, you are actively trusting MY voice and MY ways – depending on the truth that what I have promised will come to pass (that you will succeed) eventually.

Do not be distracted by the tricks of the enemy (your opponent), keep doing as I said. I am here with you always, believing in you as MY child, that you will finish victoriously.

If you feel dry and low at this point in time, or you are waiting for fresh instructions to engage in your journey, perhaps HE is waiting on you to do the last thing HE said for you to do. In a growth process, God requires our total obedience, not a partial one. I am certain that if we go in and engage as HE instructs us, then we will win and come out successfully on the other side.

Until my next post, I pray that you will fight gallantly – knowing who is in you and who is on your side, for in the end we will all celebrate our wins in Jesus’ name – Amen!

I am happy to read your experiences in your journey to becoming, so let’s fellowship in the comments section. Do you know somebody who will be blessed by this post? Please share with them using the buttons below. Will also be happy to connect with you on social media.

Cheers to Living by the Spirit,
Aniekan.

From My Heart to His

What’s this idea of true love?
Does it really exist?
Have you found your true love
Perhaps still searching?

Time and Time again
Especially at my lowest,
I find myself yearning for you
For a miracle, for an aversion …

Will Things Ever be Normal?

Many times, I have caught myself asking if things will ever be normal in this world where we live in? Will we eventually reap the dividends of a better world?

Thank you Annie! This blessed me!!

Thanks Annie, this is a beautiful reminder and I’m blessed by this piece.

I love it, Sis. Some inspiration right there..